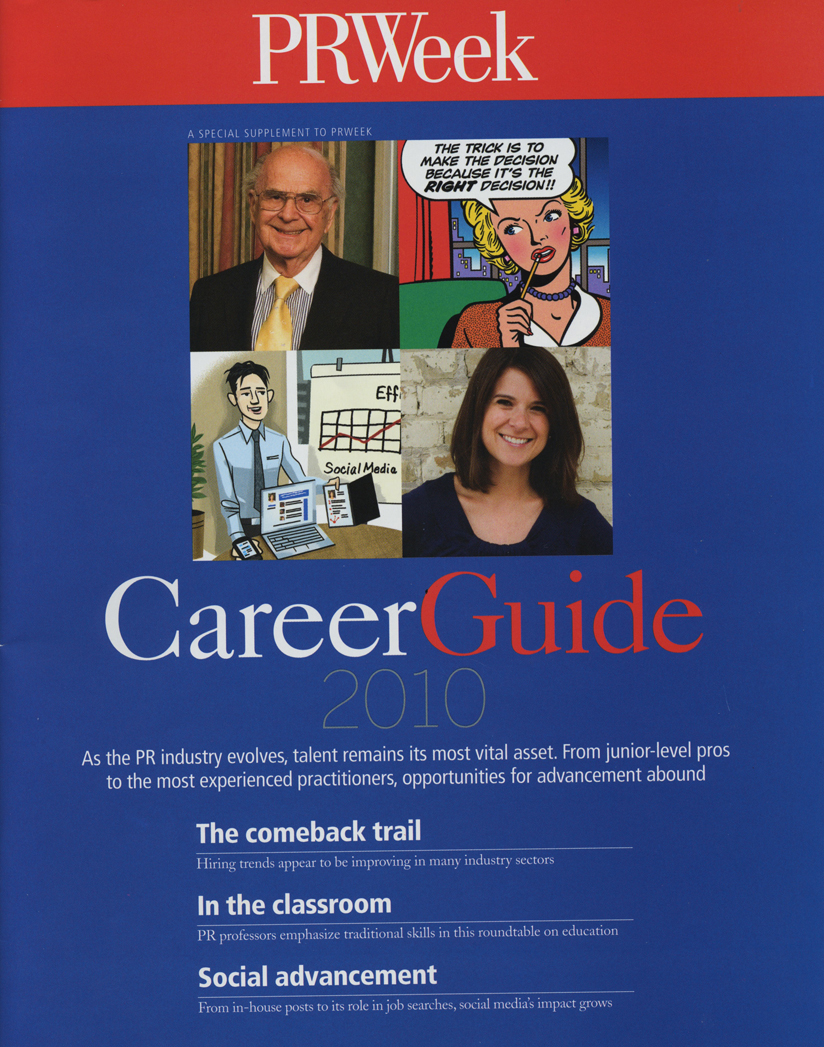 Today at the Comet Branding office I was shocked with the huge honor of being featured on the cover of the PRWeek 2010 Career Guide that showcased my story of how I was hired at Comet Branding. This was a tremendous honor and something I will cherish for years to come.

Thank you to PRWeek for this feature. The past six months have been an exciting adventure with the Comet Branding team.

Here is the feature in PRWeek, written by Kimberly Maul:

JOB HUNTING ON SOCIAL MEDIA
By: Kimberly Maul
Earlier this year, Laura Gainor moved from Charlotte, NC, to Milwaukee, and used social media to look for, and eventually find, a job in her new town. After using Twitter to network with communicators and learn more about the market in Milwaukee, Gainor decided she wanted to apply for the PR and social media strategist position with Comet Branding & PR, which was posted on February 11, 2010.

As Gainor and her husband traveled to Milwaukee to look for a place to live, she decided to use social media to show her interest in the job. She made a poster featuring the Comet logo and then photographed herself with the poster as she traveled across the country, posting the pictures with the SquarePik iPhone application and checking in via Foursquare. She used the hashtag #LauraGainorToMilwaukee, and also notified @CometBranding of her travels via Twitter.

After returning from the house-hunting trip, Gainor put together a Slideshare presentation with her digital résumé, showcasing her creative talents. On February 19, Gainor had a Skype interview with Comet founders Al Krueger and Sara Meaney. Once arriving in Milwaukee for good, she had an in-person interview and was offered the job.

Gainor started as PR and social media strategist with Comet on March 3, and posted a blog with her full adventure on its site on March 10, just about a month after the job posting originally went up.